The Anics A-9000S inherits the terrible ergonomics of the Beretta 9000S which it replicates. It also has quirky CO2 loading and piercing, a magazine that is fiddly to load and it isn’t especially powerful or accurate. So, why do I like it so much?

When you handle the Anics SKIF A-3000, phrases like “robust”, “chunky” and “built like a T-72 tank” come easily to mind. Unfortunately, when you try shooting one, phrases like “easy to use”, “accurate” and “pleasant to shoot” don’t come to mind at all…

The ASG P-09 is powerful, accurate and overall a very good blowback replica. And, unlike many pellet shooting blowback replicas, it actually shoots where you are aiming. That alone makes it worth a look. 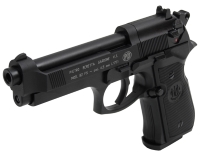 The Beretta 92 FS is another Umarex semi-auto replica which uses a concealed rotary pellet holder. It’s similar in design to other early Umarex pellet shooters like the Walther CP 88 and CP99 and the Colt 1911, but for some reason, I found this one this one to shoot better at longer range.

Being a little frustrated with how my first two PX4s shot, I bought another to see if I could make it any better…

Nice, well-made springer replica. Shame about the trigger though…

The Colt Government 1911 A1 is a pellet shooting replica air pistol from German manufacturer Umarex.  Mechanically it’s very similar to other Umarex pellet shooting replicas such as the Walther CP88 but it also happens to be one of my all-time favourite replicas, so, don’t expect a completely unbiased review here! 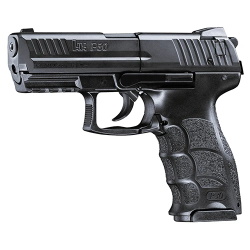 Another in the series of Umarex rotary magazine pellet-shooters. Well-made, like the others, but mine had a few issues… 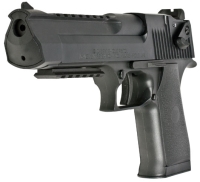 The Umarex Magnum Research Desert Eagle is big. Really big. Possibly too big. And external construction is mainly plastic and it uses a lot of CO2. But it has strong blowback and it shoots like a laser out to ranges which are beyond the capabilities of most replicas…

Is this the best replica pistol ever? Make my day, punk – try shooting one of these and find out. 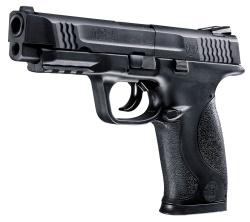 Another Umarex rotary magazine pellet shooter, but this one’s a bit different… 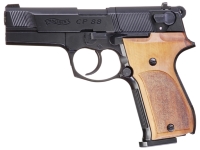 In March 1996 Umarex launched their first replica air pistol, the Walther CP88. The CP88 was an immediate commercial success, going on to sell more than one million examples and helping Umarex to become one of the worldwide leaders in the replica air pistol market. But, was the CP88 any good in 1996 and is it any good now?

The Walther CP99 has proved to be one of the most popular Umarex pellet shooters since it was first released in 2000, and it’s easy to see why – it’s reliable, rugged, compact, not too heavy or large and it is supplied with alternative backstraps to suit hands of various sizes.